For most of my career, I have studied rocks and dirt. My bread and butter? Landslides and sediment. I have had a bit to say on the subject. 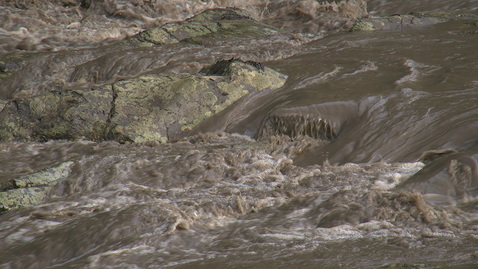 Multiple high-turbidity events with values greater than 250 Formazin Nephelometric Units occurred in streams of the North Santiam River basin during water years 1999–2004. By using a combination of field reconnaissance, aerial photography, and geographic information systems, eight of these high-turbidity events were investigated and linked to at least one likely source area and became known as “major turbidity events.” Sediment source type and location, the amount of material transported, and the results of any follow-up investigation of the source area were recorded for each event. Significant findings from this study include:
Publication 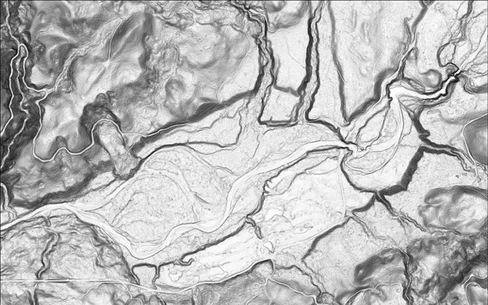 Certain water-quality parameters relate to one another in expected ways. For example, heavy rain will cause both stream discharge and turbidity to increase as runoff erodes surface materials into nearby streams. The magnitude and timing of the responses between the two parameters can be predictable. When these relations hold, it provides scientists with a sense of assurance that instream monitoring data are not spurious. However, when these expected relations do not occur, opportunities arise for investigation, insight, and interpretation to lead to discovery of something new. In the Cascade Range, Oregon, sediment contributed from landslides can produce a much different turbidity signature from that commonly observed when turbidity and discharge increase concurrently. Many examples exist of this decoupling, or separating, of turbidity from discharge, but only two streams with distinctly different landslide sources are explored here. The Evans Creek earthflow, located in the lower Western Cascades, contributes a consistent supply of sediment, regardless of streamflow. Stream incision of the landslide toe erodes sediment year-round. In addition, sediment production increases, as does the magnitude of turbidity, later in the winter, as accumulated rainfall continues to saturate the soil and raise a shallow groundwater table. In contrast, a series of debris flows between 2000 and 2006 on Mount Jefferson’s western flank continued to produce unique, isolated turbidity peaks, sometimes hours ahead of elevated discharge. Since collapsed snowfields can trigger debris flows, sometimes temperature, not rainfall, is responsible for increasing turbidity while having little effect on streamflow. These landslide-related turbidity signatures demonstrate that sediment contribution to streams in landslide-prone areas is often more complicated than assuming that an increased discharge corresponds to an increased turbidity.
Publication

Organic matter (OM) is abundant in Fanno Creek, Oregon, USA, and has been tied to a variety of water-quality concerns, including periods of low dissolved oxygen downstream in the Tualatin River, Oregon. The key sources of OM in Fanno Creek and other Tualatin River tributaries have not been fully identified, although isotopic analyses from previous studies indicated a predominantly terrestrial source. This study investigates the role of fine sediment erosion and deposition (mechanisms and spatial patterns) in relation to OM transport. Geomorphic mapping within the Fanno Creek floodplain shows that a large portion (approximately 70%) of the banks are eroding or subject to erosion, likely as a result of the imbalance caused by anthropogenic alteration. Field measurements of long- and short-term bank erosion average 4.2 cm/year and average measurements of deposition for the watershed are 4.8 cm/year. The balance between average annual erosion and deposition indicates an export of 3,250 metric tons (tonnes, t) of fine sediment to the Tualatin River—about twice the average annual export of 1,880 t of sediment at a location 2.4 km from the creek’s mouth calculated from suspended sediment load regressions from continuous turbidity data and suspended sediment samples. Carbon content from field samples of bank material, combined with fine sediment export rates, indicates that about 29–67 t of carbon, or about 49–116 t of OM, from bank sediment may be exported to the Tualatin River from Fanno Creek annually, an estimate that is a lower bound because it does not account for the mass wasting of organic-rich O and A soil horizons that enter the stream.​
​
Publication