As a scientist and writer I have contributed to two book chapters. I have also written a manuscript for a self-help book on public speaking (Dad's BIG Speech), which I'm looking for a publisher. 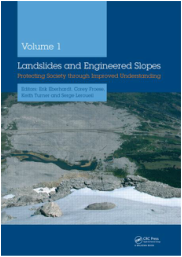 During the second week of November, 2006 a warm, wet air mass, locally called the “Pineapple Express”, hit Oregon and Washington and dumped over 50 cm rain onto the volcanoes within 36 h before there was snow cover. It mobilized the abundant sediment on the slopes of the volcanoes and created many devastating debris flows. The amount of available sediment on the slopes has increased in recent years as glaciers have retreated, exposing the inside of lateral moraines. Mt. Hood was the most devastated with 7 of 11 major drainages producing significant debris flows. Eliot Creek and White River produced extensive debris flows that measured well over 2 million cubic meters each and closed major highways in the region for weeks. A large delta formed in the Columbia River at Hood River resulting from the debris flows. At Mt. Rainier the southwest drainages were hit hard. Kautz Creek rerouted. The Nisqually River enlarged greatly in size and almost undercut the Longmire emergency response headquarters of the national park. The Sunshine Campground disappeared. At Mt. St. Helens, the road to Lava Canyon was washed out in two places. Milk Creek was the major debris flow on Mt. Jefferson. On Mt. Adams, many debris flows were generated in the drainages of Salt Creek, Adams Creek and the Big Muddy. The largest debris flow collapsed the moraine at Crofton Ridge. As the climate continues to change, we will see more large debris flows as these air masses arrive before snow cover can shield their impact on the volcanoes.
​
Publication

Digital maps of geology, ground slope, and dormant landslides are combined statistically in a geographic information system (GIS) to identify sites of future landsliding over a broad area. The resulting index number, a continuous variable, predicts a range of susceptibility both within and between existing landslides. Spatial resolution of the index can be as fine as that of the slope map, and areal coverage is limited only by the extent of the input data. Susceptibility is defined for each geologic-map unit as the spatial frequency of the unit occupied by dormant landslides, adjusted locally by ground slope. Susceptibility of terrain between landslides is calculated for each one-degree slope interval as the percentage of grid cells that coincide with the failures. Susceptibility within landslides is the same percentage times the comparative frequency of recent failures within and outside the old landslides. We tested the model in an 872 km2 urban area in California, using 120 geologic units, a 30-m digital elevation model, 6714 dormant landslide deposits, 1192 recent landslides, and ARC/INFO software. The method could generate a similar map for any area where the necessary digital-map data are available.
Publication 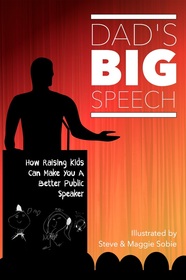 My story is pretty straightforward. Professionally, I give a lot of presentations, roughly 40-50 a year. The presentations range from 30-second “elevator speeches” to full-day training workshops.

Recently, I’ve noticed that the behaviors, experiences, and techniques I use as a parent have begun to enhance my public speaking. For example, I’ve discovered that using silly voices and playing with my kids has improved my self-confidence, stage presence, and audience engagement. And that’s just the beginning…

Public speaking is still classified as a phobia for most Americans. People don’t like doing it. By providing prospective speakers with useful insights and stories linking their daily lives to their next big speech, I think this book can be incredibly beneficial to parents and speakers, alike. The key is simple – be clear, be concise, and be a bit irreverent. I’m taking my work experience and  home life and trying something new. I’m bringing…